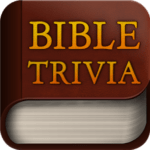 1. The cathedral in Prague (Czech Republic) was named after the city’s patron saint, who also favours dancers. What is his name?
a. Saint Vitus – The Prague cathedral was erected in honour of Saint Vitus

2. The buzz around this patron saint is clear; which saint is the patron of bees?
a. St. Ambrose – Born in Germany, Ambrose lived most of his life in Milan, Italy as an original doctor of the church. Living his life in the fourth century, he has been venerated as a saint multiple times. He happens to be a busy man– he was a patron saint not only of bees and beekeepers, but also candles, wax, and the city of Milan.

3. St. Thomas Aquinas, a major theologian, was known as the “Dumb Ox” and yet he was a very learned man and even a Doctor of the Church. He is the patron of whom?
a. Students – St. Thomas Aquinas (1225-1274) was called the “Dumb Ox” because of his large size. His work, the “Summa Theologica” is considered to be one of the masterpieces of Catholic theology.

4. St. Blaise is the patron saint of diseases in what part of the body?
a. Throat – On the feast of St. Blaise the priest crosses two candles and puts them by your neck. Then he says “Through the intercession of St. Blaise, Bishop and Martyr, may God deliver you from every disease of the throat, and from every other illness.

5. Which Gospel writer is the patron saint of lawyers?
a. Mark

6. This Biblical saint, who was kept quite busy during his lifetime, is the patron of two of the world’s largest countries: China and Canada. He is patron of Canada along with St. Anne, to whom he is related by marriage.
a. St. Joseph – This wise, selfless, and most hardworking of saints is patron of the Universal Church, the dying, carpenters, workers in general, and of several countries and localities, notably China, Canada, and Belgium.

1. What did Paul mention that caused a dispute between the Pharisees & Sadducees?
a. The Resurrection (Acts 23.6)

2. What is the meaning of the name Melchizedek?
a. King of righteousness (Hebrews 7:2)

6. What city did John see coming down from heaven in his vision of Revelation?
a. Jerusalem (Revelation 21:2)

7. Why did Paul rebuke Peter in Antioch?
a. Hypocrisy (Galatians 2:14)

5. Which of these people did NOT question Jesus after He was arrested?
A. Caiaphas   B. Pontius Pilate   C. Herod    D. Caesar

1. What is the liturgical color of Lent?
A. Violet

2. What are the three pillars of Lent?
A. Prayer, Fasting and Almsgiving

3. What are the ashes for Ash Wednesday made from?
A. From palms used during previous years’ Palm Sunday

4. What biblical event does the time of Lent represent?
A. Jesus retreated to the wilderness; he fasted for forty days, and was tempted by the devil

5. Which three disciples went with Jesus to the Mountain of Transfiguration?
A. Peter, James & John

6. Which devotion has special place during Lent?
A. Stations of the Cross

7. Which feast day is celebrated during Lent?
A. Feast of St. Joseph

8. What did Luke say the two Old Testament Saints were discussing with Jesus?
A. His departure in Jerusalem (Luke 9:31 they were speaking of his departure,(that is his death), which he was about to accomplish at Jerusalem)

9. Which word used during Lent means “to give to those in need”?
A. Almsgiving.

10. What is the original meaning of the word Lent (Old English “lencten”)?
A. Spring

1. What kind of bird brought Elijah food while he hid in the Kerith Ravine, east of Jordan?
A. Raven
2. Per the Gospels, what is the unique literary genre Jesus employs to preach his message?
A. The parable
3. Which Gospel is most concerned with the mystery and identity of the person of Jesus?
A. The Gospel according to John
4. Why did God put a mark on Cain?
A. The mark was a sign of God’s mercy.
5. Who recognized Jesus as the Messiah when he was presented at the Temple as a baby?
A. Simeon
6. Paul was shipwrecked on what island?
A. Malta
7. What did the Ark of the Covenant contain?
A. The tablets of Moses, a pot of manna, and the rod of Aaron
8. What language was most of the New Testament originally written in?
A. Koine Greek
9. How did Jesus reveal the one who would betray him?
A. “The one who has dipped his hand into the bowl with me will betray me.” Matthew 26:23
10. What is the last word in the Old Testament?
‘curse’ (Mal. 4:6)

1. Who was the prophet that foretold a virgin shall give birth to a son called Immanuel?
answer: Prophet Isaiah.
2. What are the five names of Jesus found in the Bible?
answer: Jesus, Immanuel, Christ, the Mighty God, the Prince of Peace
3. Where in the Bible do we read about the Birth of Jesus?
answer: Luke 2.
4. Who was it that told Herod about an Old Testament prophecy that Israel’s Messiah-King would be born in Bethlehem?
answer: It was the Jewish chief priests and scribes, who quoted the Old Testament words of Micah 5:2, that revealed the birthplace of the coming Messiah (Matt. 2:4-6).
5. As well as being a gift from the wise men, at what other time was “myrrh” associated with Christ?
answer: During His crucifixion, Jesus was offered a drink of wine mixed with myrrh (Mk. 15:23) It was used in this case as a sedative to somewhat dull the pain suffered on the cross. But the Lord refused to drink it. Myrrh was also one of the spices used in the wrapping of Christ’s body at the time of His burial (Jn. 19:38-40)
6. What carol contains the line, “Word of the Father, now in flesh appearing”?
answer: The carol that refers to this is “O Come, All Ye Faithful.”
7. What carol quotes the angels saying to the shepherds, “All glory be to God on high, / And to the earth be peace”?
answer: A carol that describes the incident using the Bible’s wording almost exactly is “While Shepherds Watched Their Flocks by Night.”
8. What carol fancifully describes “angels bending near the earth / To touch their harps of gold”?
answer: “It Came Upon a Midnight Clear.”
9. What carol says of Jesus’ birth, “While mortals sleep, the angels keep / Their watch of wondering love”?
answer: The carol is “O Little Town of Bethlehem.”
10. What carol says of Christ’s coming to earth, “Mild He lays His glory by, / Born that man no more may die”?
answer: “Hark, the Herald Angels Sing.”

1. What do evergreen branches of Advent Wreath symbolize?
a. Answer: Eternal life
2. What does the rose (pink) candle lit on third Sunday of Advent symbolize?
a. Answer: Joy
3. Why is the Gloria not said during Advent?
a. Answer: Advent (and Lent ) ( color purple) are seasons of penance and reflection so the joyous prayer of the Gloria is omitted
4. The account of Jesus’ birth is recorded in which of the Gospels?
a. Answer: Matthew and Luke
5. Which ruling Roman Caesar ordered the census that required Joseph to take Mary from
Nazareth to Bethlehem so as to register for it?
a. Augustus
6. In A Charlie Brown Christmas, which Peanuts cartoon character recites the account of the Nativity, and from which Gospel does that character quote?
a. Answer: Linus, quoting Book Of Luke 2:8-20 Watch it here: https://youtu.be/eff0cqYefYY

Isaiah – Explanation: John was trying to convince the Pharisees he wasn’t the Christ but was a servant preparing for His arrival. Reference: John 1:23

Three days – Explanation: The Jews didn’t understand Jesus was talking about himself as a temple. After his physical body was destroyed, he would resurrect in three days. Reference: John 2:19

Nicodemus – Explanation: Jesus explained to Nicodemus that ‘no one can see the kingdom of God unless he is born again,’ meaning reborn in spirit through acceptance of Jesus Christ as Savior. Reference: John 3:1

Jacob’s Well – Explanation: Jesus told the Samaritan woman that he could quench her spiritual thirst if she believed he was the true Messiah.  Reference: John 4:6

It was the Sabbath – Explanation: When Jesus told the invalid to pick up his mat and walk to the pool, the Jews told him he was not allowed, because it was the Sabbath. Reference: John 5:10

1. Who was Abraham’s first son, (mother was Hagar)?
Answer: Ishmael
2. Which of the following animals were the Israelites forbidden to eat by the Old Testament?
Answer: Rabbit (DEUTERONOMY 14:3-8)
3. When were Israelites required to free their servants?
Answer: The Israelites were required to free their servants in the seventh year of service.
4. Who climbed a sycamore tree to see Jesus as he entered Jericho?
Answer: Zacchaeus
5. Who was chosen to replace Judas as the twelfth apostle?
Answer: Matthias
6. How many times did Noah send out a dove from the ark?
Answer: 3 times (GENESIS 8:8-12: 8)
7. Finish this verse. “In every battle you will need faith as your ______ to stop the fiery arrows aimed at you by Satan.”
Answer: Shield (Ephesians 6:16-18)
8. When did the events of the New Testament take place?
Answer: First Century AD
9. Jesus healed the mother-in-law of which apostle?
Answer: Peter
10. What name did Jesus give to James & John?
Answer: He gave the name Boanerges, which means sons of thunder. MARK 3:16-17

1. What was the name of Adam’s third son?
answer:  Seth
2. How many books are there in the Old Testament?
answer: 46
3. What relation was Jacob to Abraham?
answer: Grandson
4. What did Joseph’s brothers do to Joseph?
answer: Threw him in a pit and then sold him to strangers
5. Who was Moses’ successor after his death?
answer: Joshua
6. How many books are in the New Testament?
answer: 27
7. Who were the first apostles called to follow Jesus?
answer: John and Andrew
8. Who is the author of the Book of Revelation?
answer: John
9. To what city was Saul traveling when he encountered a great and blinding light?
answer: Damascus
10. In the Gospel of Mark, how does the Virgin Mary learn of her pregnancy?
answer: From the angel Gabriel

When Jesus entered into Jerusalem at the beginning of the Passion Week,  the people welcomed Him as king and Messiah. They covered the road with their garments and palm fronds as a symbol of their worship and acceptance of Him as king (Matthew 21:8; Mark 11:8; Luke 19:35, 36; John 12:12, 13).

Peter (John 18:10) “Then Simon Peter, who had a sword, drew it and struck the high priest’s servant, cutting off his right ear.” The servant’s name was Malchus.

They bought the potter’s field with the money which is where strangers were buried (Matthew 27:6-8). The chief priests picked up the coins and said, “It is against the law to put this into the treasury, since it is blood money.” So they decided to use the money to buy the potter’s field as a burial place for foreigners.” That is why it has been called the Field of Blood to this day.

To leave Jesus alone because He was a just man. She had a bad dream concerning the Lord and she probably felt it would bring bad luck on the household of Pilate (Matthew 27:19).  While Pilate was sitting on the judge’s seat, his wife sent him this message: “Don’t have anything to do with that innocent man, for I have suffered a great deal today in a dream because of him.”

It was written in three different languages according to John 19:20; Hebrew, Greek and Latin. “Many of the Jews read this sign, for the place where Jesus was crucified was near the city, and the sign was written in Aramaic, Latin and Greek.”

Three hours, noon to 3 pm. (Matthew 27:45). “From noon until three in the afternoon darkness came over all the land.”